The election was looming. Two candidates, one outcome, everyone had a legal obligation to put their cross against a name. Nobody could escape.

The ruling party were obviously nervous about the outcome – for them a bad outcome was less than 83% of the votes, and it looked a lot closer than that. Maybe as low as 64%. So, the troops had been rallied, the Special Forces put on alert and the voting age lowered to 14. A few million more people, young, gullible people casting their votes for the GSC. Following in the footsteps of their parents, who, while not officially, had a certain obligation to vote for the GSC. Had always had that obligation. After all, there was a risk – a small risk – that those who didn’t vote for the GSC might disappear. Move on. Be relocated. People never wanted that for their friends and family, and they would definitely not want that for their children.

So things were on course. The politics would hold sway. The votes would be counted and the expected result returned. 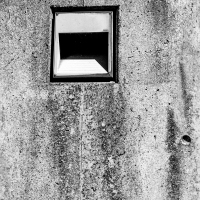